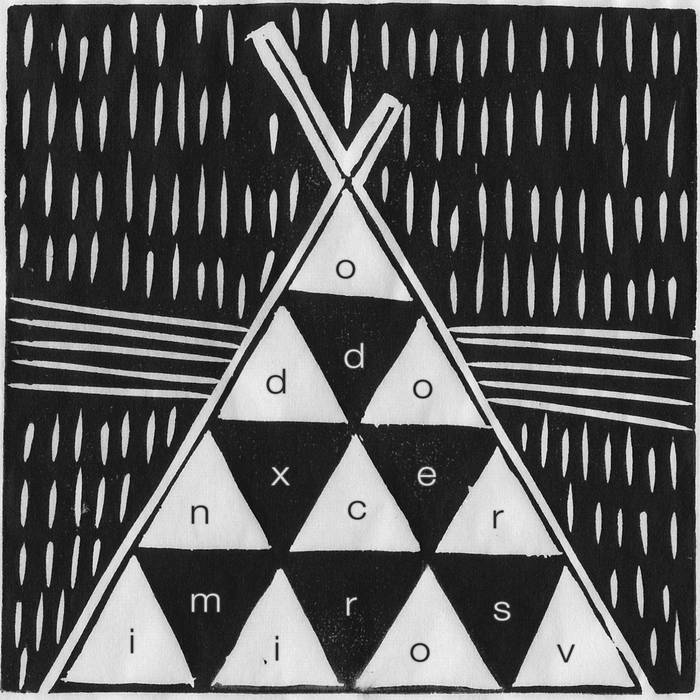 rowsandrowsoflights.squarespace.com
twitter.com/rowsandrows
-----
02 They Said (Vyxor Remix)
Vyxor is a rhythm and bloops artist from Berkeley. Beneath the pure-pop posturing of his smooth, melismatic vocals lies some seriously "bizarre, complex, and thrilling electronic music" (Teamwerk). It's all very gaudy, finicky, and dancefloor-ready. His recent album, Nocturne Feveron, is a "wild wild electronic ride" (Pasta Primavera) that can "potentially cause your body to physically spazz-out" (Earmilk). Genres are Vyxor's play-doh, and the inescapable extramusical signs, the socially-encoded data streams embedded within sonic events are his money makers. But, you know, you can dance to it. Vyxor has collaborated with Beat Culture and remixed awesome artists like Races, Alligator Indian, and Indoor Voices. His debut into the wold of musical theater, Nascire, premiered in Los Angeles in June. He's working on a new EP, due later this year.

soundcloud.com/vyxor
vyxor.bandcamp.com
www.facebook.com/vyxor
twitter.com/vyxor
-----
03 Bastard Fear (Daisyland Remix)
Daisyland is based on the Isle of Wight on the south coast of the UK, and has masses of unreleased material.
-----
04 38 Stories (White Flashes Remix)
White Flashes is a shoegaze-informed electronic project stationed in Des Moines, Iowa. He has released two tapes this year, White Flashes EP and Small Flares, with another release aiming towards September. The first single from it, February 27, 1974, is available for free download now.

soundcloud.com/whiteflashes
whiteflashes.bandcamp.com
twitter.com/white_flashes
-----
05 Concrete (Marco Polo Remix)
Produced by Marco Polo for Spaghetti Bender Music
(M. Bruno Socan/Sesac)
Beats are life. Marco “Polo” Bruno, by way of Toronto and now making his home in Brooklyn, lives by this mantra. In a few short years the T. Dot native has gone from green producer with a new MPC 2000XL to a highly sought after purveyor of boom-bap, laying down tracks for the likes of Masta Ace, Boot Camp Clik and Sadat X. In 2007 the gifted producer came of age releasing his debut album, Port Authority on Soulspazm/Rawkus.

www.marcopolobeats.com
twitter.com/marcopolobeats
-----
06 Like Your Own (Jonathan Seet Remix)
Jonathan Seet is a Canadian singer/songwriter, composer and producer, working with many artists and music supervisors and has composed for film and television. He's worked for the BBC in the Audio & Music Interactive Division in London, UK and is now relocating back to Toronto, Canada.

www.seet.ca
jonathanseet.bandcamp.com
twitter.com/jonathanseet
-----
07 Nevers (Daisyland Remix)
Daisyland is based on the Isle of Wight on the south coast of the UK, and has masses of unreleased material.

Indoor Voices is the pseudonym for Toronto-based artist Jonathan Relph.